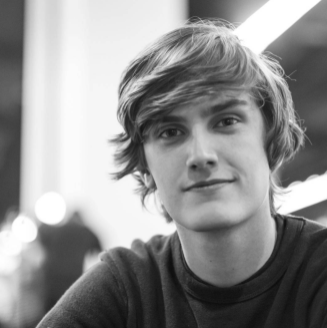 Hi! my name is Fran Ruiz Gimenez and I am the game designer of DuckDev on our project A Link between ages. I have worked as a multidisciplinar member making the entire game design, programming and helping the team with the art and his integration in the game.

Taking hack and slash and adventure’s games as a reference, We’ve decided to make a frenetic combat gameplay with exploration elements like items and new abilities. See more gameplay details and items details. 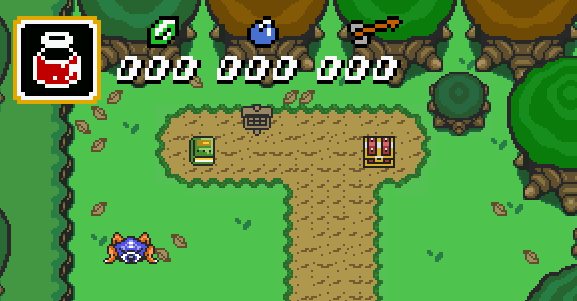 There are six types of enemies units. Each one with different characteristics. More details.

To make an ending with a twist, we decided thah Zelda would be the boss. She have three phases with different attacks on each one. More details.

I have made and documented a new level design for the game, adapting it correctly to the gameplay to control the game flow. More details

The core of this game is the gameplay, but there is a story behind to produce the correct cohesion, making the game more solid and set new goals to the player. More details

I have made a non-branching dialogue system to create dialogues on the game. There is no interaction with the NPC but if you talk with him twice will change his dialogue.

Also I made a research about dialogues on videogames and how to program it, you can check it here.

I have integrated a simple shop system where player can buy objects interacting with them. 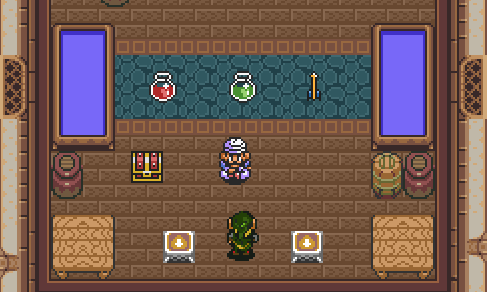 I have performed some NPC’s sprites, bomb, explosion sprites and the enemies dead sprites.

Where first phase takes place. Made with Tiled.